A contract surety bond is a way for one party to hold another to the terms of a contract.

Usually, contract surety bonds are used for construction firms. Contracts involved in contract surety bonds are likely to include the specifications of the project for which the construction company has been hired. In the case that the project is not completed, or not completed as stated in the agreement, the obligee can make a claim on the surety.

Who Needs a Contract Surety Bond? Why?

Construction firms need to have contract surety bonds when required by a contract. The bond is a way to make sure that the construction company follows the terms of a contract.

A surety company puts a lot of effort into determining whether or not to back a contractor because paying a surety to an obligee has the potential to be very expensive. The reason that a project owner requires a surety is that these companies have decades of experience performing background checks and researching contractors.

Do You Need a Contract Surety Bond?

If your construction company is interested in bidding on a project, or if you’ve been awarded one, you may need a contract surety bond. We’re here to help you find the right one! Contact Fusco-Orsini today.

Start Here
We were faced with a complex set of insurance requirements including general liability, auto, professional liability, workers comp and cyber insurance. We called Mike and...
Read More »
3 months ago
Brian Russell
We came in based on a high recommendation from a friend. Despite having almost no time to put things in place, we got coverage...
Read More »
a month ago
Philip Jepsen
FUSCO AND ORSINI Staff are always on top of all my insurance needs and they always go above and beyond. My first experience with Fusco...
Read More »
2 months ago
Adrian Moreno
Really enjoyed out experience with Fusco Orsini - the process from start to finish was seamless, and execution and payment very simple!
2 months ago
Greg Wiles
Valeri was amazing, we are extremely happy we found her to help us with our business general liability needs. In one day she got...
Read More »
6 months ago
Forever Love Puppies Pet Store 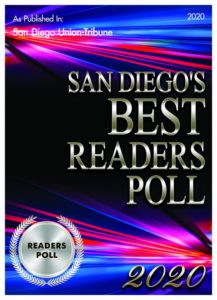