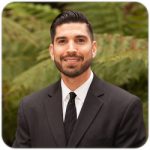 Brent attended the University of San Diego and graduated with honors in 2013. He received a double major in finance & marketing, and while in school, held executive positions in both the finance and marketing clubs. He received numerous awards while a student, including Betta Gamma Sigma, Magna Cum Laude, Kappa Gamma Pi, and Dean’s List. Brent obtained his insurance licenses soon after his graduation. He was then hired by Fusco & Orsini Insurance Services at the broker position. He has quickly learned the ins and outs of the insurance industry with the help of his colleagues. Brent is an active Rotary member. He likes to give back to his community and play golf during his spare time.

8 Ways Working with an Independent Brokerage Can Make Things Easier